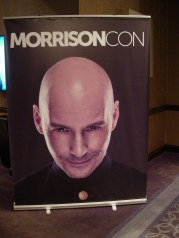 I still feel energized by MorrisonCon days after the experience. The three-day show at the Hard Rock Hotel in Vegas broke all the rules for comic book conventions. It brought attendees more creativity, intimacy and community than any other show I’ve been to. And it was all under the banner of one visionary man. A practitioner of chaos magic and mad ideas, Grant Morrison has always been an enigmatic rockstar in the comic book world. Yes, he’s received heaps of praise for his inventiveness, but he is also criticized for that same creative mind. He’s often been painted as an egomaniacal wizard fueled by drugs and anarchy. But somebody got that wrong. I watched the man walk up to attendees while they were eating lunch just to thank them for coming to the show. I saw him pose for 100 photos, arms draped across the shoulders of suits and shaky fanboys like he had known them for years. I witnessed him answer every question posed to him, no matter how trivial or strange. I listened to him talk about the future and the hope he finds in superheroes and humanity. Grant Morrison made a lot of people happy in Vegas. Not with acid sorcery but with genuine affection for comics and his fans. 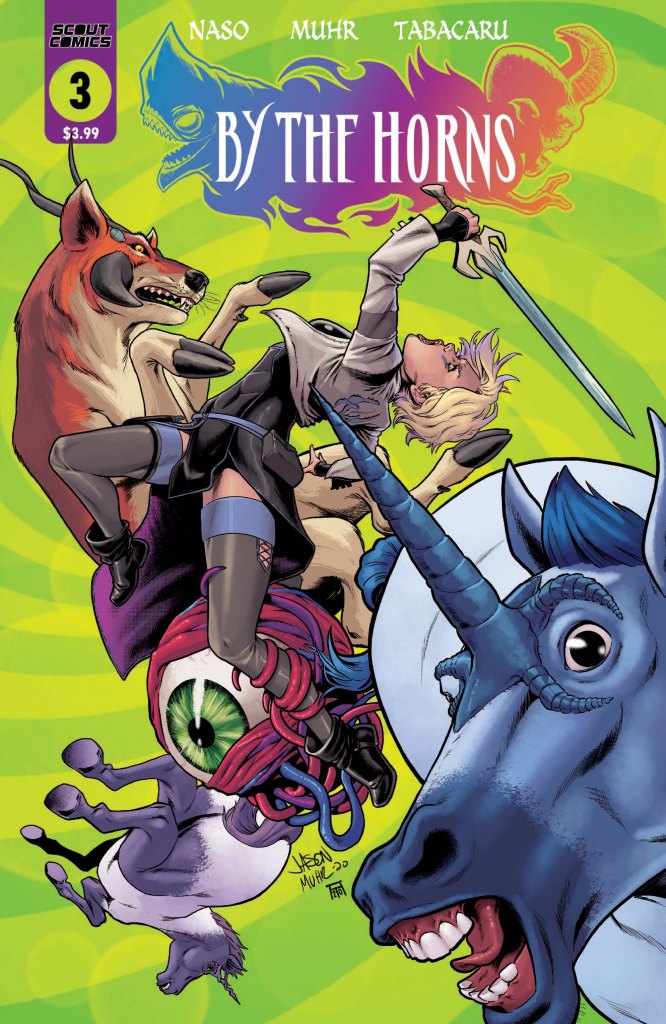 BY THE HORNS #3 is in comic shops NOW! 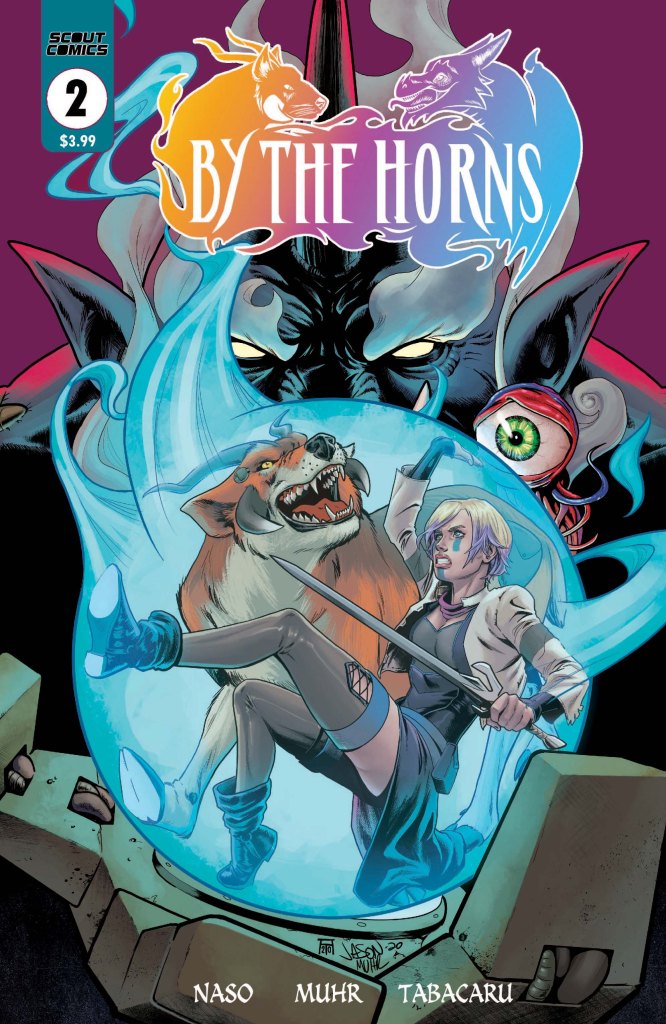 BY THE HORNS #2 is in comic shops NOW! 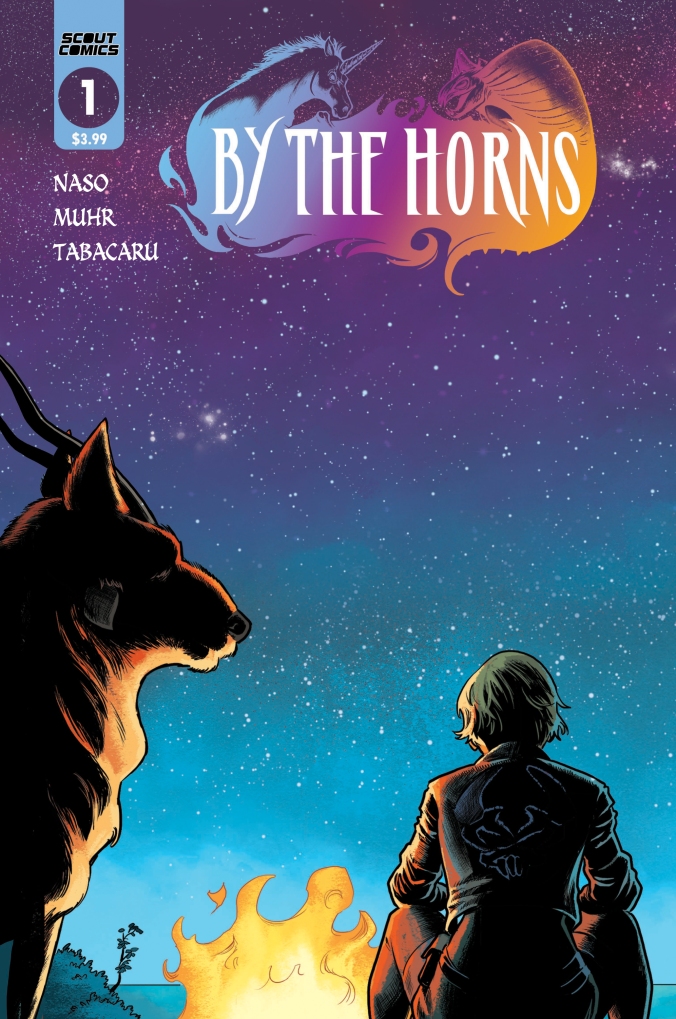 BY THE HORNS #1 2nd Printing is in comic shops NOW! 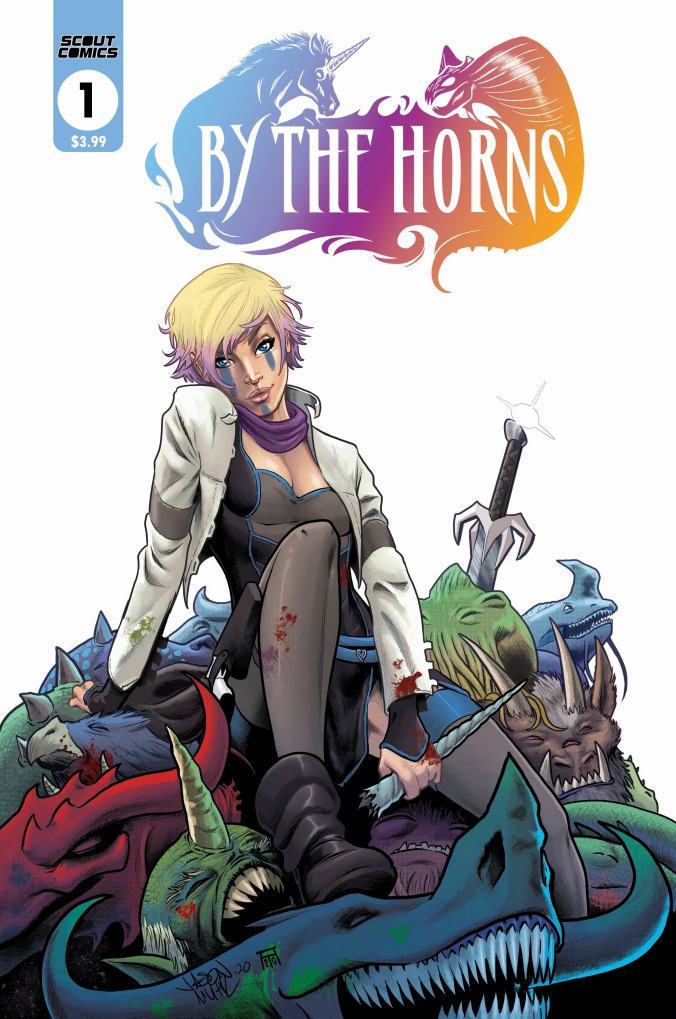 BY THE HORNS #1 is in comic shops NOW! 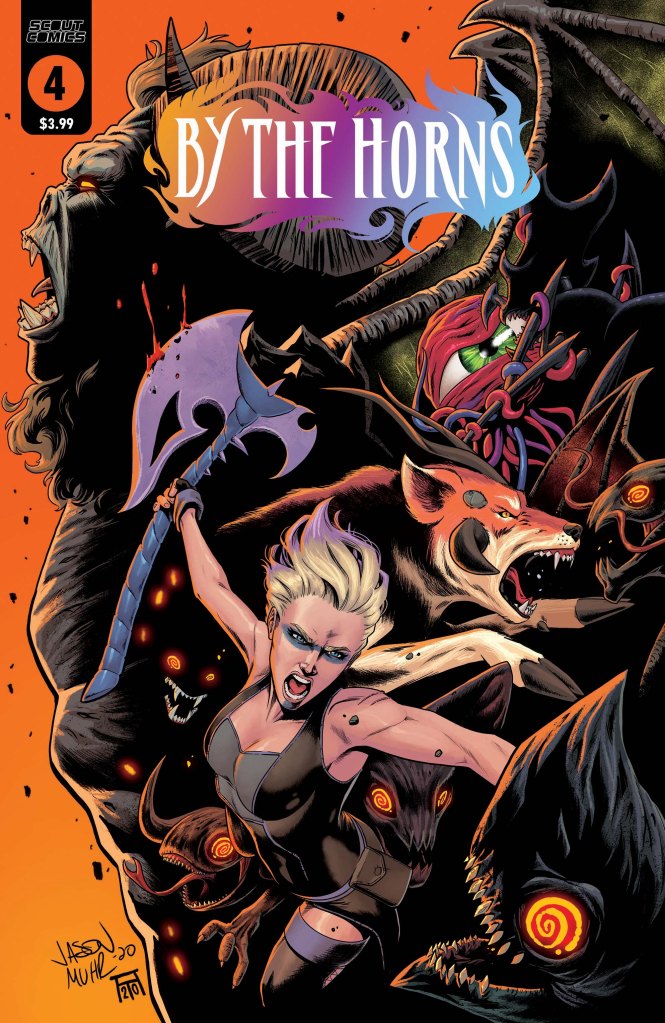 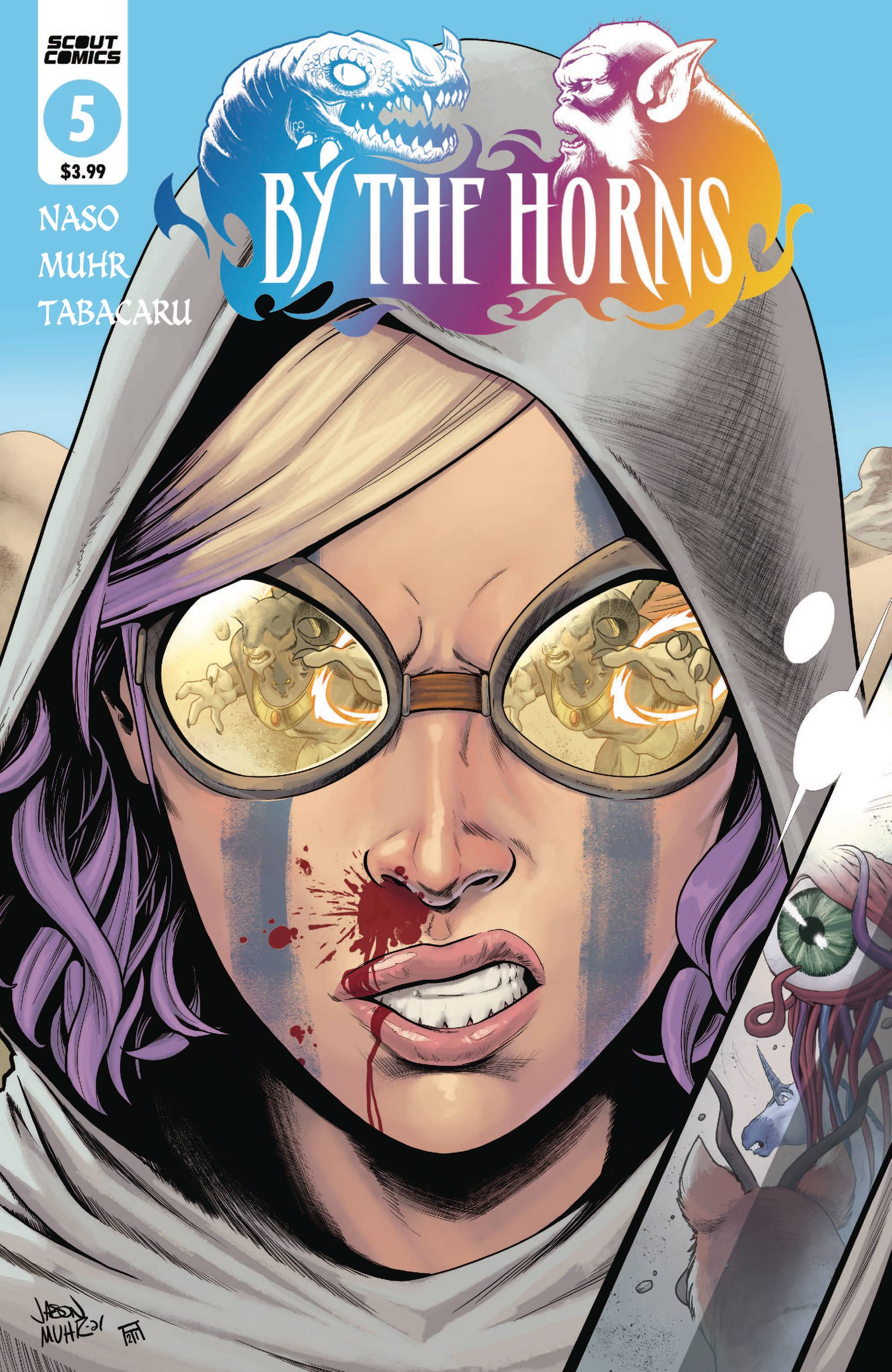 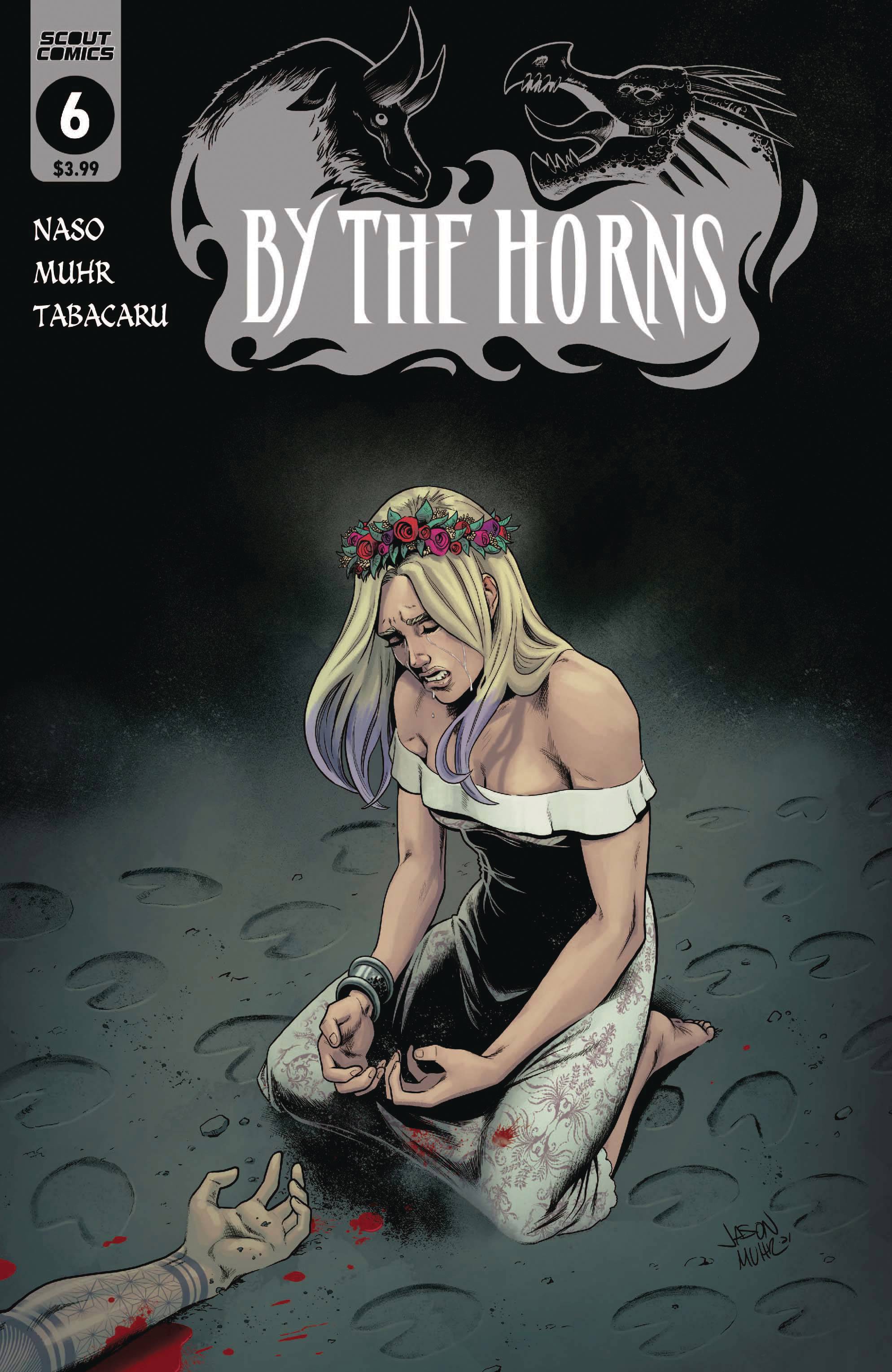 BY THE HORNS #6 hits comic shops on September 29!